An important task of modern chemistry is the creation of the new functional materials, a promising source of which are intermetallics. Aluminum based alloys occupy an important place in various industries, so, the study of these compounds is the basis for future scientific discoveries. The important task of modern chemistry is creation of materials with qualitatively new physical and chemical properties, the perspective source of that are intermetallic compounds. Among the ternary systems RE–Ag–Al, where RE is the heavy rare earth metal, the phase diagrams have been constructed only for the four system. Other systems RE–Ag–Al were studied only for the synthesis of separate ternary aluminides and investigation of their crystal structures, in particular, in the system Er–Ag–Al only three ternary intermetallides were found. With the aim of search of the new ternary phases in the Er–Ag–Al system three-component alloys were synthesized using arc-melting method in the purified argon atmosphere. For the alloys preparation stoichiometric mixtures of the pure metals silver, aluminum and erbium were used. As-cast alloys were soldered into vacuumed silica tubes, and homogenized at 870 K during 700 hours. All samples then were investigated by powder X-ray diffraction methods: X-ray phase and structural analyses. Because the atomic radii of silver and aluminum are practically identical, so the solid solutions on the basis of binary compounds and homogeneity regions of the ternary aluminides of the Er–Ag–Al system are formed as a result of mutual substitution of Al and Ag atoms in the crystal structures of corresponding compounds. From X-ray powder diffraction data the atomic positional and occupancy parameters in the crystal structure of the earlier known ternary aluminide with the approximate composition Er1.75Ag8.1Al9.2 were determined.Two new ternary aluminides were synthesized for the first time and their crystal structures were solved from X-ray powder diffraction: ErAg5.35Al6.45 and ErAg0.77Al2.23. The obtained results of our investigation give an opportunity to prediction existence of new, earlier unknown phases in the related ternary systems with other heavy rare earth metals, and make a supposition concerning their crystal structures. 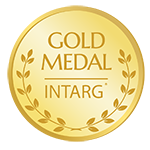