Smart health bracelet for educational institutions In today's world, sudden illnesses caused by various diseases, including the worldwide COVID-19 pandemic, are becoming more common. In many cases, this can lead to hospitalization and even death. Such moments are especially critical in large teams, in particular in educational institutions or office-type companies. In order to anticipate or prevent such cases, it is necessary to carefully approach the annual employees medical examinations and closely monitor their health every day. No less important is the human condition monitoring in real time. To this end, it is necessary to determine the person’s basic physical condition parameters and effectively make decisions based on the data obtained. To do this, for example in educational institutions, you can use a device similar to modern fitness trackers or smart watches during training. This device is constantly on the person’s hand and monitors vital functions such as body temperature, oxygen saturation level and heart rate. The development of such a device is very relevant in modern conditions. The purpose of the research is to create a device that monitors the person’s health in real time based on physical condition indicators. To achieve the specified purpose main health indicators which are informative for the task of real time human health monitoring have been defined. Such indicators include human body temperature, heart rate, blood pressure, blood saturation and skin moisture. Based on defined indicators a mathematical model of the human physical condition generalized indicator has been developed. This model is formed by the multiple regression method and takes into account each indicator with its importance and informativeness degree. To conduct an experimental study smart bracelet prototype has been created. Its main purpose was to measure the user's health parameters and monitor his physical condition in real time. The prototype has been based on the ESP32 microcontroller using sensors of necessary person’s physical condition parameters. The smart bracelet prototype components needed are as follows: Arduino nano microcontroller (in future ESP32) microcontroller, temperature sensor AHT 10, pulse oximeter MAX 30102, Oled 128x64 screen and Li-pol 402030 battery. The developed bracelet casing has been modeled according to the chosen sensor’s parameters and has been performed using 3D-printing technology. A pilot experimental study of the developed device functionality and human condition monitoring based on the developed device has been conducted. Results of the study helped to calculate mathematical model coefficients basic values and to check the developed device’s speed performance. The multiple regression coefficients, which underlie the mathematical model, are calculated using the Gauss normal distribution formula. Firstly, a base table of all 4x81 values is formed, and then the obtained values from the sensors are substituted into the formula. Further, with the help of multiple regression method, a generalized indicator of a person's physical health is calculated. Obtained results show that the developed mathematical model has a satisfactory accuracy, but at the same time some sensors (i.e. temperature sensor) should be changed to more accurate. At the same time the developed technology’s accuracy can be increased by involving more people into the experimental study. The developed device’s speed performance has to be increased to achieve a settled purpose. In this case using neural network technologies for the developed mathematical model has to be implemented. The developed device can be used not only for educational or medical institutions but also for drivers, rescuers, office employees, and people of many other professions and also for personal health monitoring. 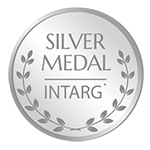